Earnings look ahead: Ferguson and Tesco

Full-year numbers from Ferguson and first-half figures from Tesco are the key company events in the UK next week. 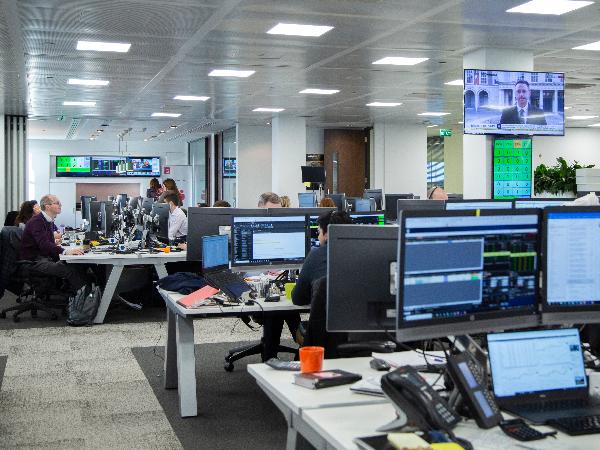 Ferguson is expected to report 13.6% growth in its full-year earnings, to $4.39, while revenue is forecast to be 8% higher at $20.81 billion. The firm has beaten estimates on earnings in six of the last eight reports, but only five out of eight for revenues. The average move on results day is 3%, with current pricing suggesting a 3.4% move.

Strong momentum in the US continues to drive performance here, although higher tariffs and some inflationary pressures may weigh on performance in the coming year. The boost to activity in the US is already well known, so the impact may be limited in share price terms. Any real driver will have to come from the likes of a capital return while the firm continues to hang on to its UK division.

At 15.9 times forward earnings, the shares are just above their five-year average of 15.3, but with the estimated earnings growth of the next three years expected to be 13.9% versus a 6.7% average over the past four years, the shares look fairly priced.

Ferguson’s share price is one of the strongest in the FTSE 100, the rally from 2009 having barely paused at all in the past nine years. It is now rapidly closing in on the all-time high at £68.70 from March 2006. Dips such as the one we saw in August have been seized upon by buyers, so we should see further dips bought, as long as the price holds above £59.00. 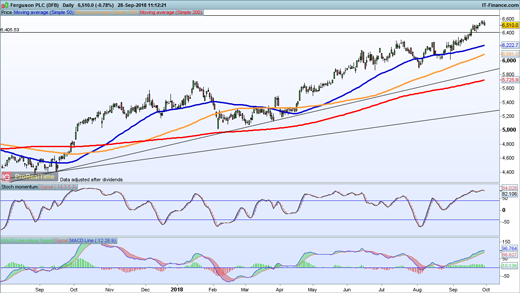 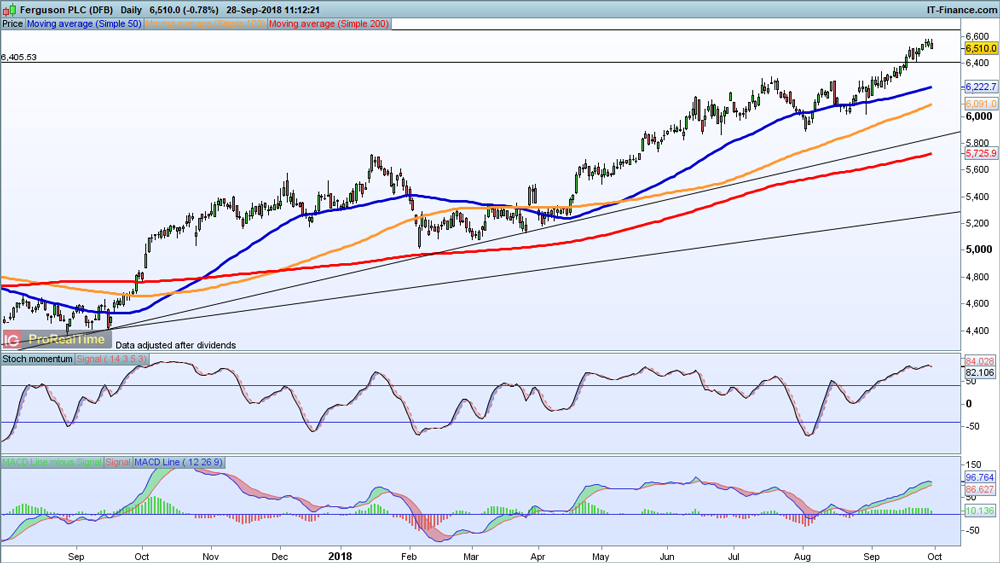 Brexit fears, inflation and weaker wages continue to exert a doleful influence on Tesco sales, which is why the shares have dropped of late. Tesco’s sales growth continues to lag behind its rivals, and not just the discounters. Asda and Morrisons both surpassed Tesco, with a sales growth of 3.1% for the 12 weeks to 9 September, versus Tesco’s 1.9%. Having loudly trumpeted its new ‘Jack's’ stores, it will need to show that growth in this division does not come at the expense of established stores.

At 15.2 times forward earnings, the shares trade below their five-year average of 17.1, but a miserable dividend yield of 0.8% compared to 4.6% for its peers reduces their attractiveness.

While the share price has dropped back from the recent highs, it has found support around 233p, forming a new higher low. Further gains will target 248p and then 267p. A break below 233p is a potentially bearish development, bringing 217p into play. 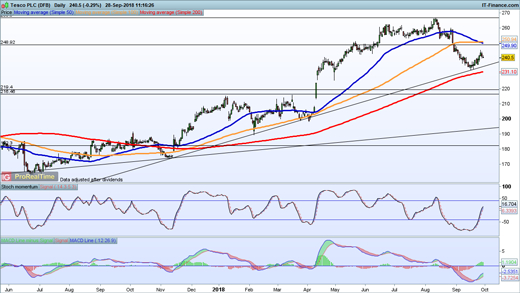 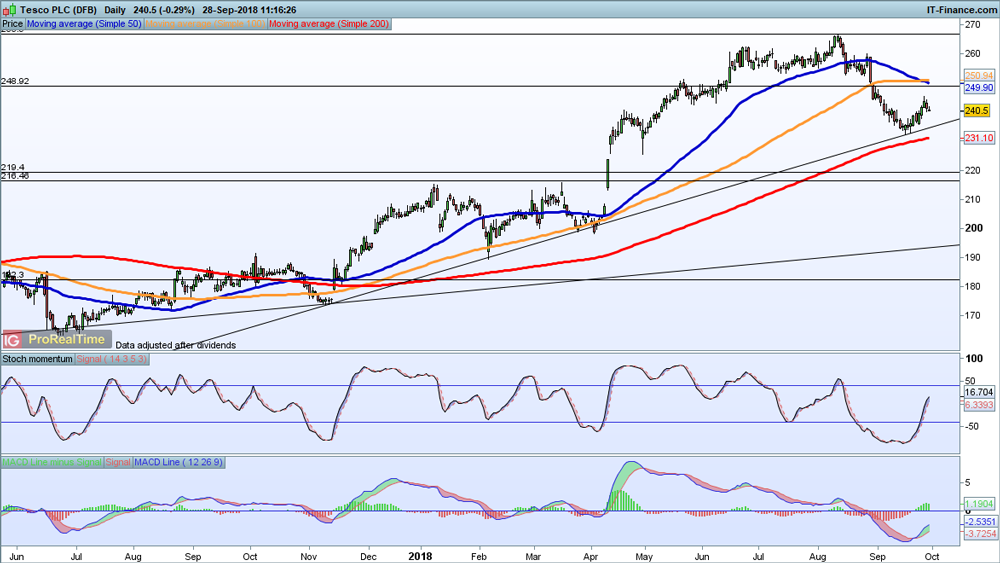