For some, the idea of turning the page and closing what has been a fairly bleak month to be long the Aussie equity market will be welcomed. That being said, being long certain industrial and telco names has seen strong outperformance in the portfolio. 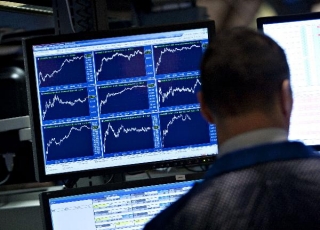 What will be welcomed is the idea of July being a fairly more palatable month to own Aussie stocks. Past performance never predicts future returns of course, but we can look back and see the average gain in July (over the past decade) has been 2.6%, with the index gaining for the past five prior months of July, by a rather impressive average of 4.9%. Certainly something to think about and the technical set-up on the ASX 200 is interesting, with the bulls happy to defend the 5775/77 level yesterday. We can see from the daily chart that this appears to be quite a pivotal support level, representing swing lows in March and May. A break of this level and we should be talking sub-5600, but for now we are watching to see if the bulls can build on platform set yesterday.

The leads though are once again tepid at best and as I have said before, this is life with implied and realised volatility at just such low levels and that won’t change anytime soon in my opinion. Although, the more short-term trader in me wishes it would, as volatility creates opportunity, at least in my world.

There has been some focus on the rates market, where we can see some selling of the July Fed funds future and that now sits at 1.12%, and thus, pricing in 21 basis points (closer to 85%) on tightening for the June FOMC meeting in two weeks’ time. However, if we look further out the curve, we see better buying in future contracts. The wash-up is 35 basis points of tightening priced for this year (that includes the June meeting), so one hike in June and a 40% chance of a second at some stage.

We can go out to the end of 2019 and see just over three hikes priced in. It’s no wonder the market is happy to buy the longer-end of the US fixed income curve, with the spread between US two-year Treasuries and ten-year Treasuries falling to 91 basis points (bp), and the flattest curve since October 2016. For those not fixed income experts, it’s worth noting the US curve is having a sizeable influence on the USD, especially EUR/USD. If longer-term interest rates are falling relative to short-term, the USD is not going higher anytime soon.

I guess we can also focus on Trump’s own approval rating, which has been taking a hit of late for obvious reasons. But his ever increasing frayed relations with the Germans and Europe more broadly is absolutely fascinating viewing too. It has to be seen as a EUR positive that Angela Merkel could be aligning her stance and recognising that more people in Germany are now actually calling for greater integration in Europe. There is talk that we could one day be staring at a shared, common defence budget and even a common fiscal budget (source: FAZ). This is surely a view French Prime Minister Emmanuel Macron would be happy to push as well. Instead of broken Europe could we one day be talking about a more integrated Europe?

Data wise, we have seen a mix bag, with a poor showing from consumer confidence, in-line prints from personal income (+0.4%) and core personal consumption expenditure (+1.5%). Dallas Fed manufacturing was slightly above at 17.2 and should give us some belief that Thursday nights ISM manufacturing print (consensus 54.6) should hold up quite well. We also heard from key Federal Reserve Governor Lael Brainard, who said slowing inflation could cause a 're-think' of the Fed’s policy path and suggested the Fed were not far from a 'neutral' rate. Given Brainard mentioned additional policy tightening may be appropriate soon it’s little wonder to see a re-pricing of longer term rate expectations.

Turning back to Asia and it will be interesting to watch China come back on line today, after its two-day holiday. Of course, while the spot iron ore market has been open (as price is fixed in Singapore), we get the re-open of the Dalian iron ore and steel futures exchanges today, and who knows where that will trade. The market will keep a beady eye on official manufacturing and services PMI data (at 11.00am AEST) for further signs of an economic downturn and we should expect very modest slowdown in the pace of expansion here, with the manufacturing PMI data expected in at 51.0. Whether we are talking copper or AUD, the market hasn’t been overly sensitive to this print of late, but that could change if the data comes in far lower or higher than forecast. Again, the prospect of the late materialising seems very low.

Traders may also want to keep an eye on Aussie private sector credit at 11:30am AEST (consensus +0.4%mom), although I would say this is good for five to ten points in the AUD and tomorrows Q1 CAPEX data is clearly a bigger deal. Interestingly, looking at the daily chart of AUD/USD we can see a bullish outside period, with price pushing below Mondays low and looking like it wants to close firmly above the high (the day’s range has been $0.7416 to $0.7469). It seems the bulls have wrestled back some sort of control, but it’s tough to have any sort of conviction to real upside momentum.

We may see some headwinds for energy stocks as well on open, with the crude price down 0.7% and the S&P 500 energy sector faring poorly and closing down 1.3%.