The end of last week would have been welcomed by many investors, following another week very much stuck in the mire of an unfolding trade war. 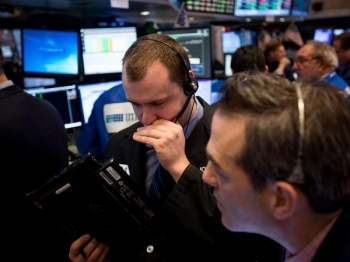 Markets end last week down: The end of last week would have been welcomed by many investors, following another week very much stuck in the mire of an unfolding trade war. Share markets generally managed to eke out gains across major markets at the weekend’s close, but overall the week was characterized by broad-based falls in global equities. Having been the centre of most scrutiny, IT stocks recovered somewhat at the end of last week; while the energy sector continued to anchor global shares, thanks to the rallying price of oil. At this stage, what were once fears about trade wars have become firmly entrenched in reality – and hence, are not expected to disappear from trader psychology. However, the week ahead welcomes a full economic calendar, which may draw headlines back towards economic fundamentals.

Chinese PMI: China’s Caixin Manufacturing PMI is released this afternoon, and follows on from the official PMI figures released over the weekend. The official print showed an expansionary figure of 51.5, modestly below the forecast of 51.7. The official release — like many Chinese economic data releases — is often viewed with scepticism by traders, who lean towards the belief that the data is somewhat manipulated. As a result, the Caixin PMI is considered a more reliable gauge of economic activity, and therefore tends to have a bigger impact on markets. With Chinese shares in bear territory and concerns around Chinese growth increasing, today’s data presents the opportunity for market participants to glean much needed insight into the Middle Kingdom’s economy — particularly as it relates to Australia’s own growth prospects.

Plenty of global PMI figures: PMI data will be a theme throughout the week, with such releases sprinkled-over the economic calendar. Today welcomes the US’s ISM Manufacturing PMI, as well as the UK’s official PMI reading too. The latter holds arguably the greatest significance for traders of all PMI releases this week, taking an interesting bent given the growing talk of an imminent rate hike from the BOE. UK economic activity — like many parts of the global economy — has slowed somewhat since the beginning of the year. Signals that improvements in the fundamental strength of the UK economy will be eyed by BOE rate hawks, as a means of validating the view that rates can be hiked. From the perspective of financial markets, if this bias proves true, search for a rally in the Pound, which has recently struggled valiantly against the medium-term appreciation of the US Dollar.

More oil story developments: The oil story in financial markets hasn’t loosened its grip yet, taking a new turn over the weekend. As the black stuff doggedly eyes off its year to date highs above the $US80 handle, US President Donald Trump has waded into the conversation in a bid to keep global oil prices low. In a classic stroke of Trumpian diplomacy, the US President took to Twitter following a conversation with Saudi Arabia’s King Salman, stating that the Saudi leader agreed to lift oil production and place a lid on price rises – to the tune of around 2 million barrels. The tweet contradicted official news sources, which claimed that no such agreement was made. The actions riled OPEC members, who expressed that any sort of unilateral move by a single member would effectively remove that country from the organisation. Although not likely to change the fundamentals of oil markets, last night’s news of President Trump’s blunt intervention shows a general reluctance by global policymakers to engage with the President – a dynamic that could lead to more isolationism in the long term from the US.

Good news for the ASX200: Bringing the focus closer to home, the ASX (at time of writing) looks ready to climb today. SPI futures are pointing to a 23-point gain at the opening bell, with oil prices likely to support energy and material stocks, and bank shares appearing still in vogue. Today represents the first day of a new financial year for Aussie traders, who benefited from a ~7% gain in the ASX200 in financial year 2017/18. The overall growth in the ASX came largely thanks to a late cycle push in the demand for raw materials and energy, which drove 38 per cent and 25 percent in the energy and materials sectors, respectively. How the next 12 months will play out in anyone’s guessing considering the abundant risks in the global economy; however, as it currently stands, the ASX200 does appear able to push to new decade long highs, and potentially challenge the 6300 level in coming months.

Falling house prices: From a local fundamental data perspective today, the major release that could influence trader’s psychology is June’s CoreLogic property price data. According to the release, dwelling prices were down to end the financial year, with Sydney house prices clocking in 4.5% falls. The softening housing market poses an interesting dynamic for the RBA, who – from the perspective of economists and traders alike – look unlikely to hike interest rates until late 2019 at the earliest. Because household debt remains so high, and wage growth so slow, falling house prices presents the definite risk of weighing on already weak consumer sentiment, and therefore dulling economic activity. Leading into tomorrow’s RBA meeting, an awareness of the unfolding story in domestic property prices could illuminate much of the RBA’s thinking about monetary policy settings in Australia.

Tier 1 data week: It may be a relief to many, but there are several high impact local and international events this week to challenge news about escalating trade conflicts. In Australian data, the RBA will kick off the month tomorrow, and are all but certain to keep interest rates on hold at 1.50 per cent. This will then lead into the following day’s Trade Balance data release, and the certainly more important release of retail sales figures. From a global perspective, the weekly Crude Oil print will be watched closely given the developments in oil markets lately, while the US Federal Reserve will release its Monetary Policy Minutes, before the US Bureau of Labor Statistics print this month’s non-farm payrolls data. Although any developments in the unfolding trade war will likely steel the limelight – particularly considering many of the proposed tariffs go live on Friday – investors will be anxious to peruse the fundamentals to gauge whether the global growth story maintains some merit.