Heading into a new week of trading, we look back to the recovery made by US indices through Friday’s close. 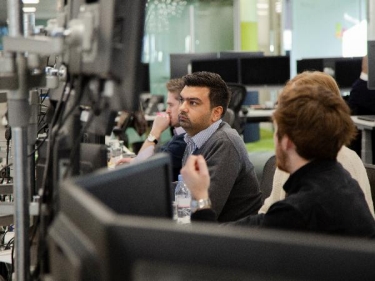 Wall Street pulled itself from a full-blown tumble despite trade war headlines: Heading into a new week of trading, we look back to the recovery made by US indices through Friday’s close. In the aftermath of both Fed tightening and the ECB’s dovish push back, the markets registered concern that ‘easy money’ has hit its peak yet the effectiveness of that same extreme accommodation is quickly dwindling just as risk trends grow unstable. Add to that the news heading into the weekend that the US had confirmed its $50 billion in tariffs against China – and in turn, China had hit $34 billion in US imports with taxes – and it was understandable that both the S&P 500 and Dow were under pressure through most of the trading session Friday. However, before liquidity drained for the week, the indices retraced much of their losses. Yet again, the Nasdaq managed to maintain its bid through the swoon in its counterparts’ performance. This and other asset classes’ steady performance maintains a clear evidence that speculative bite remains rather robust through specific benchmarks and therefore full deleveraging remains off the menu. Looking ahead to this week, monetary policy will continue to tease sentiment alongside trade war headlines while traditional economic event risk from the US passes through a period of dormancy.

Central bankers to gather in Sintra to discuss monetary policy: The stirred theme of monetary policy from this past week’s Fed, ECB and BoJ run will continue through the week ahead. Through traditional policy updates, we are due the Swiss National Bank’s (SNB) and Bank of England’s (BoE) policy decisions. Neither is expected to make a move on their current policy setting, but the UK authority’s insight will be evaluated closely for intent through the remainder of the year. Swaps still afford a consensus forecast for a hike before 2018 ends, the market has a habit of leveraging those forecasts beyond their technical settings. Outside the normal course of official meetings, there will be a forum on monetary policy hosted by the ECB in Sintra, Portugal Monday through Wednesday. The primary topic is in the name of the summit, but there is particular heft to be drawn out of the panel Wednesday that will host the ECB’s Draghi, Fed’s Powell, BoJ’s Kuroda and RBA’s Lowe. That is a wide spectrum of ‘hawkish’ to ‘dovish’.

Brexit offers more for the Pound: If the Bank of England decides to signal a clear path to the next rate hike, all bets are off for the Sterling. However, don’t expect the central bank to surrender its ambiguity in intention for fear of losing credibility if economic conditions preclude the central bank from entertaining the possibility of a hike. Yet, even if the central bank doesn’t provide motivation, the Pound may still find its fundamental provocation elsewhere. Offering more leeway than the official central bank gathering, Governor Carney will be delivering the Mansion House speech later in the evening on the same day as the rate decision. Furthermore, Brexit threatens to be a distraction yet again in the week ahead. This past week, headlines swung from technical confidence with the government avoiding a ruling by Parliament that could have offered the group the ability to upset negations between the UK and EU. There is another key vote on how much authority Parliament should have on Wednesday.

Will oil and gold pick up their Friday tumble to ensure trend? Both US-based WTI crude oil and spot gold dove through the final session of this past week. Naturally, some would seek answer for this sharp decline – and more important, speculation of follow through – through natural outlets such as a presumed sharp increase in the Dollar (the primary pricing instrument). However, the Dollar has made very limited progress lately. This is more evidence therefore that this natural resources markets are gaining participation on their own. Ahead, the precious metal will continue to absorb speculative insight through trade wars and the Dollar’s troubled outlook given its central position as a last reserve haven. As for crude, reports that US President Trump was pressuring OPEC producers to increase output so as to lower local prices looked idealistic. Meanwhile, the regular OPEC summit is on tap and there has been more coordination aimed at punishing the US for its aggression.

OPEC+ meeting tests Saudi, Russian influence on oil prices: A gathering of OPEC officials along with the representatives of like-minded producer countries – most notably, Russia – will take up the fate of a coordinated output cut regime they put in place to drain overstuffed inventories and boost prices. The effort worked: global stockpiles are substantially diminished and prices rose nearly two-fold from the lows set in February 2016. Now, with political turmoil in Venezuela and the re-imposition of sanctions on Iran threatening supply disruptions, Saudi Arabia and Russia want to relax output curbs. Smaller but still influential suppliers like Iraq have balked. That sets the stage for a contentious sit-down that will test the power of Riyadh and Moscow to direct market trends. If they succeed, the prospect of increasing output will probably pressure oil prices. If not, eroding confidence in their influence in the face of swelling swing supply from the US may push the WTI and Brent benchmarks downward all the same.

Banks lead Australian stocks higher but trade war worries may cap follow-through: Australian shares roared higher Friday, with the S&P/ASX 200 posting the largest one-day gain in almost a year. The overweight Financials sector making up nearly a third of the benchmark index led the advance, adding 1.89 percent. That may have followed a hawkish policy announcement from the Federal Reserve earlier in the week. The delayed response might have reflected traders’ unwillingness to commit to a direction ahead of a much-anticipated ECB rate decision. With that out of the way, investors may have felt ready to place bets on a Fed-driven upshift in global borrowing costs that might boost bankers’ margins. SPI futures are trading conspicuously flat ahead of Monday’s opening bell in Sydney however, warning that follow-through may not materialize. Trade-related jitters could be at work there after the US slapped China with $50 billion in new tariffs and Beijing swiftly announced countervailing measures. A lasting trade spat between the world’s top-two economies threatens to disrupt supply chains crucial for Australian exporters.

AUD/USD may accelerate as sellers take aim at May low: The Australian Dollar is within a hair of May’s swing bottom at 0.7413 against its US counterpart after suffering the largest weekly drawdown in almost five months. A daily close below this boundary would mark the beginning of the next leg in the longer-term down move started in late January, exposing immediate support at 0.7335 and then a more substantive barrier in the 0.7145-65 area. Prices would need to fight their way back all the way above 0.7636 to negative the bearish implications of technical positioning.