Amid a moderate-risk environment, we continue to find prices adrift in US stock markets while data sustained an influence upon the currency market. 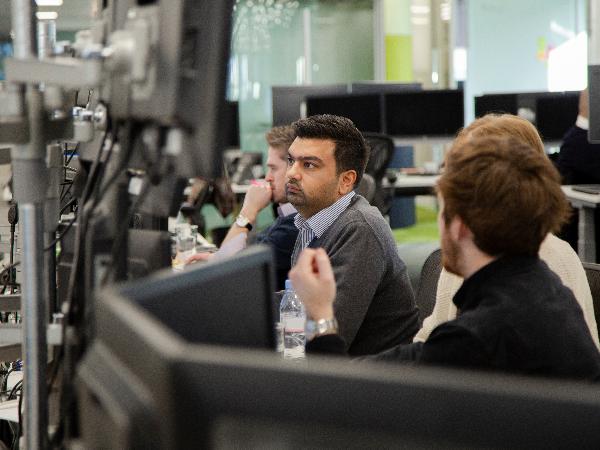 A light data day lies ahead for Asian markets, which will likely find the chatter focused ahead on MSCI’s annual review decision for A-shares inclusion.

Friday’s US markets continued in a sanguine mood, clocking near-neutral returns. Beneath the calm surface, consumer staples stocks were seen with a sharp decline after online retailer Amazon.com Inc.’s offer to buy Whole Foods Market Inc. evoked a tremor in the sector. The synergies expected from the two could raise the level of competition within the grocer space, weighing on the likes on Target and Wal-Mart.

Counteracting the dip had been a surprise lift in energy stock prices as crude oil halted the slide and printed mild gains. The energy sector edged up 1.72% in the S&P 500 index, the largest 1-day percentage gain since 9 June. That said, cautiousness prevails as oil rig counts continue on the rise, and as a turn for the CFTC commitment of traders report revealed a reversal in bullish trades by large speculators. It may take nothing less than a commitment by OPEC to further slash output for significant upsides to be seen.

Trailing in the glow of buoyant US markets, Asian bourses are expected to find moderate gains to start the week. Early movers in South Korea and Japan have found upsides when last checked at 8.45 am (Singapore time). Specifically, the Nikkei 225 was up 0.5% after USD/JPY broke through $110.0 level post the trade data release.

May’s trade balance had unexpectedly slipped into deficit following the stronger-than-expected imports, but exports continue to reinforce the growth story for Japan’s economy. With the lack of data leads, Asian markets are expected to look ahead to Tuesday’s MSCI annual review for the decision on China’s selected A-shares inclusion.

On the currency front, we have seen Asian currencies generally having the upper hand when compared to the US dollar on a year-to-date basis. The exception being the USD-pegged HKD and the politically driven PHP. There has been significant debate on whether the Fed had been too overtly hawkish in their recent rhetoric and whether there might be a return of US dollar strength. As things stand, the strengthening and stabilising of Asian currencies has certainly, in part, helped regional markets with gains. This week, the key influence for USD movements could really be with the Fed speakers lined up as the market track to see if there has been a shift in views by individual members.

A light data day lies ahead with China’s property prices, and Hong Kong’s composite interest rates remaining. No major data expected during Europe and US sessions with key focus on the commencement of Brexit negotiations.