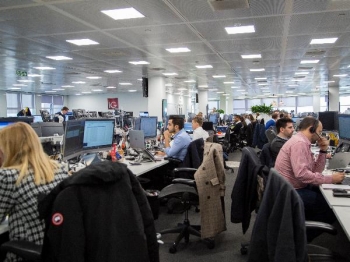 The Bank of Japan (BOJ) kept its monetary policy steady on Wednesday and revised its inflation forecasts lower amid a volatile global trade backdrop.

In the report, the BOJ voiced concerns on the ultra-low rates that were hurting the bank’s profits, saying that the downward pressures in an extended period could “destabilize the financial system”. The bank added that it is paying close attention to the issue.

Normalizing its policy is off the table for now, said analysts, as the elevated external risks to growth is likely to see BOJ keep its policy steady.

The Japanese Yen changed hands at 113.24 against the dollar following the policy call from BOJ. At 8am coordinated universal time (UTC), the Yen was at 113.18.

In a separate statement issued by the Ministry of Economy, Trade and Industry on Wednesday, Japan’s industrial output fell 1.1% in September from a month ago, worse than the 0.3% fall economists had expected. Output for cars, car parts, and robots, fell.

The month of September saw the country hit by natural disasters including earthquakes which affected production. The ongoing trade war between China and the United States also weighed on exports.