The Canadian dollar peaks to its strongest level since May, as Nafta deadline ends midnight, Sunday. 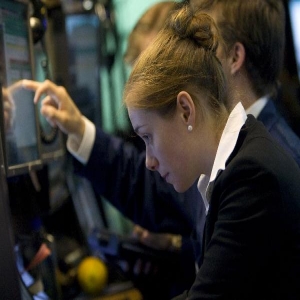 In a matter of hours, US and Canadian negotiators will be forced to reach a decision, as they scramble to fit in last-minute talks to meet the Nafta deadline.

This comes after the US and Mexico came to an agreement in August, putting pressure on Canada to jump on board with the new terms. US president Donald Trump has previously threatened to leave Canada out of the agreement and change its name to United States Mexico(USM) if it did not sign.

“What we’re probably going to do is call it the USMC – the United States Marine Core” Mr Trump said when asked about his stance on Nafta.

“US, Mexico, Canada, but it will probably just be USM, it’ll be United States and Mexico” Mr Trump said in a press conference on Wednesday.

The Canadian dollar has strengthened ahead of the decision, strengthening 0.5% to $1.2847, while the Mexican peso gained around 0.2%.

Some of the major issues being discussed include Canada’s diary sector, and the US wanting access to the sector without tariffs. President Trump previously criticized Canada for charging up to 300% more for US exported dairy products.

Another dispute being discussed is around auto tariffs on Canada, which Canada is seeking protection from.

However analysts predict if a Nafta deal is reached by deadline, the US would have little reason to impose auto tariffs on Canada.

The US has already put tariffs on steel and aluminium imports from Canada, increasing tensions between the countries earlier in the year.

Canada's ambassador to Washington, David MacNaughton told reporters on Sunday " We still have a couple of tough issues, so we're doing our best."