Could crude oil go even higher by the end of 2018?

Crude oil prices could hit $75 a barrel of Brent crude in December this year, according to Malcolm Graham-Wood, writer of oil publication Malcysblog.com.

The Brent oil price has started 2018 at just under $68 a barrel. But oil sector expert, Malcolm Graham-Wood, is expecting it to ease in the near term and then recover to $65 in June, and then to $70 in December.

What’s been driving the oil price?

Last summer, Graham-Wood had a target oil price of $60 a barrel for Brent crude by the end of 2017. He felt that if the pact agreed in December 2016 between the Organization of the Petroleum Exporting Countries (OPEC) and non-OPEC countries, particularly Russia, held and no-one cheated, enough crude oil would be taken off the market for his year-end target to be achieved. 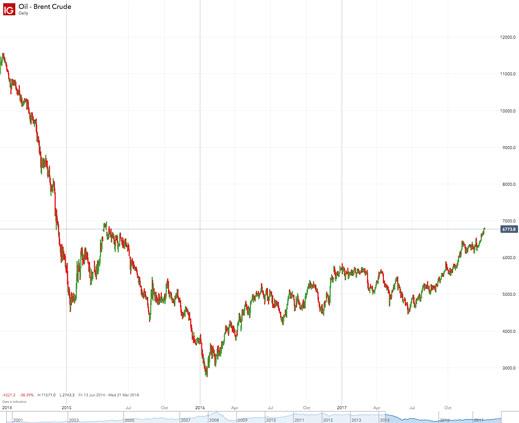 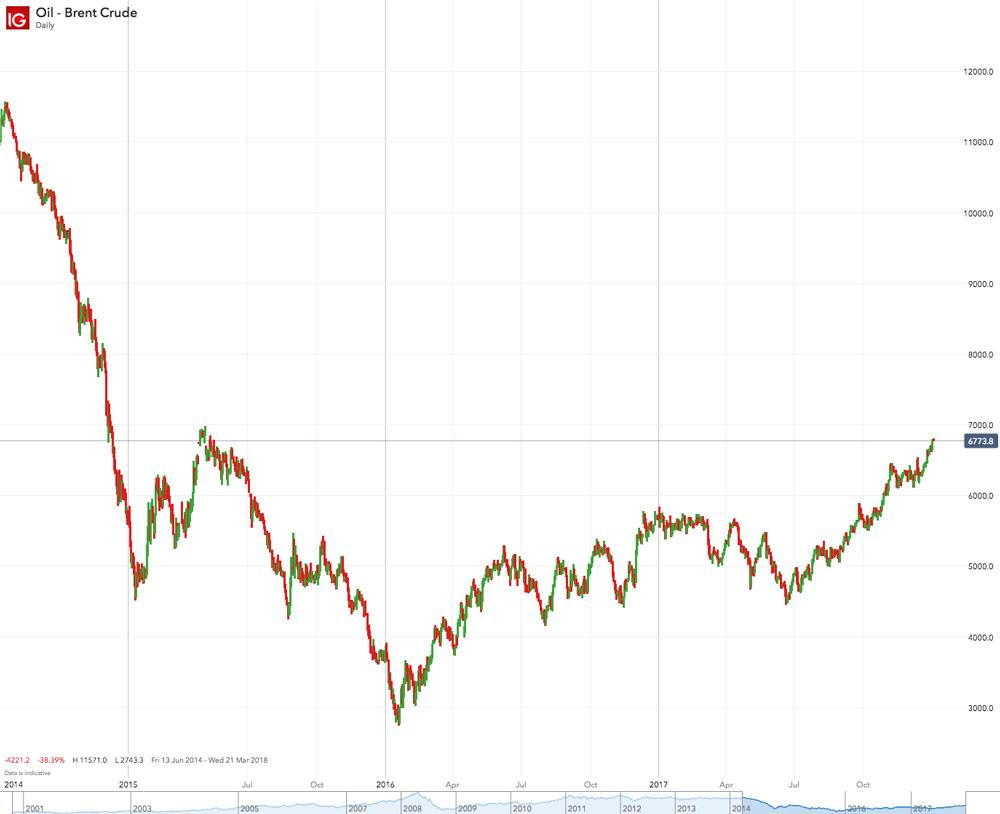 OPEC does not officially set a target price for crude, but reportedly in February last year its biggest producer, Saudi Arabia, was aiming for a $60 barrel. At its November meeting, the cartel agreed to extend its production ceiling to the end of 2018.

OPEC members have a poor track record of sticking to agreed quotas, but they kept within 95% of the required cuts, with Saudi Arabia cutting further, meaning the aggregate production cut held.

Graham-Wood notes that demand for oil in the second half of the year usually climbs. However, supply had curtailed due to production problems in Venezuela and in South Dakota in the US, as well as pipeline issues in Libya and the Forties Oil Field in the North Sea.

Up-and-coming geopolitical issues that may affect oil price could include elections in Iraq, and presidential elections in Nigeria and in Russia. Graham-Wood also expects problems to persist in Venezuela, which sits on the world’s largest proven reserves of oil.

Street protests in Iran have been one of the factors supporting the oil price at the start of 2018. But if the authorities seek to alleviate tensions through increased public spending, as some have suggested, they might need to fund this by opening their spigots and abandoning their OPEC quota. Graham-Wood suggests such a quota breach could see the oil price drop to $40 a barrel, but he feels that, as long as the Saudi-Russian relationship sticks, OPEC will see the revenue benefits of adhering to the output targets.