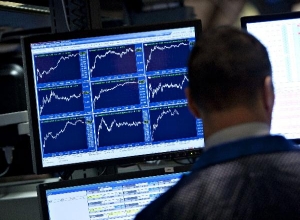 Calling an end to trends

Trends go on much longer than anyone ever thinks possible. While it seems odd to think that something will just continue to move in one direction, they often do, and usually surprise everyone in the process. Bitcoin is, of course, the most obvious example, going from $820 to over $16,000 in the space of 12 months. But others such as the Nasdaq 100 spring to mind, as does the Dow Jones, with its almost tedious insistence on surpassing milestones.

The trend is very much your friend; trying to call the turn in any trend is a dangerous game.

Comparing charts is a bad idea

We were, apparently, due a major correction, if not an outright crash, in October of this year. Aside from the fact the year ended in a seven, and that both 1987 and 2017 had seen big rallies in stocks in the first nine months of the year. The comparison looked good – a chart of 1987 overlaid on one from 2017 seemed to have a pleasing symmetry, but the similarities ended there. Despite the possibility that the rise of passive funds increased the risk of a crash, October 2017 passed without incident.

Most investors love predictions, they make them in order to make themselves sound smart and/or to reassure themselves about their positions. Supposedly, 2017 was to be the year of the US dollar (USD), but the dollar index is around 9% lower as we enter the final straight of the year. Goldman Sachs thought that European stocks would post double the return of US equities, but at present the reverse appears more likely to be the case. By all means analyse the state of play, but drop the attempt at crystal-ball reading.

All year pundits have warned that renewed volatility was just around the corner. And yet the Volatility Index (VIX) has continued to plumb the depths. This period of quiet was supposed to be the calm before the storm. Well, it’s still calm. The maximum drawdown on the S&P 500 has been about 3%. Perhaps quieter markets are more of the norm than we thought, and the heightened volatility of 2016 was the aberration.