The meteoric rise of bitcoin opened many eyes to the potential of blockchain technology. Aside from bitcoin, there are many up-and-coming cryptocurrencies that might well present trading opportunities. Get an insight into their potential with our list of the top ten altcoins to watch. 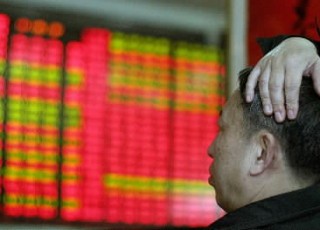 Altcoin is a shortened version of: ‘alternative to bitcoin’. All of the hundreds of cryptocurrencies that are trying to compete with and get in on the success of bitcoin are referred to as altcoins.

Most of them are built on the blockchain technology that spawned bitcoin and that is already supporting more secure and efficient ways of transacting business and transferring assets. Here are some of the top altcoins to watch and the potential solutions that they offer.

Litecoin (LTC), unlike many other altcoins, already has a proven track record. In 2017 its value rose sharply over a stretch of less than six months, rising from $4 to more than $60. While that upward trajectory has since slowed, the price of LTC has more than held its own, hovering between $83 and $86 throughout the first half of 2018.

One of the reasons for litecoin’s staying power is its enhanced speed in processing transactions. Looking ahead, it may be poised for even greater expansion due to two new features:

Founded in 2013 in Thailand, OmiseGo is an Ethereum-based platform that aims to enable users to exchange payments rapidly and securely between digital wallets – in either fiat currencies or cryptocurrencies. This could remove the need for third-party involvement in cross-border transactions. Success depends on its:

While still somewhat new, OmiseGo has already garnered some enviable market interest – with all 240 McDonald's branches in Thailand accepting it as a payment method.

VeChain’s goal is to use blockchain to improve business supply chains. Its robust platform is designed to give companies the capability to quickly and easily complete transactions – up to 10,000 per second. The VeChain network also improves transparency by giving businesses the ability to create and indefinitely store detailed, time-stamped records that include every detail of each supply-chain transaction.

In addition, VeChain is developing a microchip verification system which would enable the authentication of every product listed on its platform. This advance could significantly reduce counterfeiting and increase consumer confidence.

Next up for this altcoin is a switch from an Ethereum-based network to its own proprietary blockchain system, which will involve a rebrand from VeChain (VEN) to VeChain Thor (VET).

Headquartered in China, NEO has an ambitious vision to help create and support a new digital ‘smart economy.' Its network structure enables the development of decentralised applications or ‘dapps’ that can facilitate a whole host of secure and quick transactions, via smart contracts.

Despite the Chinese government’s crackdown on initial coin offerings (ICOs) and cryptocurrencies, NEO has so far managed to raise the funds needed to develop and launch its projects – fuelling speculation of a possible connection between the company and Chinese authorities.

Going forward, NEO appears to be counting on a relaxation of China’s official cryptocurrency policies, as it has already announced 27 upcoming ICOs.

Lisk, like Ethereum and NEO, is a blockchain platform that supports the development and implementation of dapps. What sets the Lisk network apart, however, is its focus on addressing the needs of developers.

The Lisk blockchain ecosystem is organised like a city, with the primary blockchain functioning as a main street from which avenues or ‘sidechains’ radiate. Developers are encouraged to create dapps on the sidechains, which customers can then use to carry out a variety of transactions. The development costs are taken care of by transaction fees and other altcoin-based rewards, which incentivise developers to keep innovating on and building out the Lisk ecosystem.

The aim of Stellar – founded in early 2014 by Joyce Kim and Jed McCaleb – is to seamlessly, quickly and securely link banks, customers and payment systems. Its platform is designed to facilitate the near-instantaneous exchange of funds around the globe – with its cryptocurrency, XLM, acting as a bridging mechanism between fiat currencies.

Stellar has recently experienced rapid growth, forming 37 partnerships in 2017 and moving up from the altcoin with the 20th largest market capitalisation to the 8th largest. Another positive sign came early in 2018 when Stripe, one of the world’s largest payment gateways, announced plans to replace bitcoin with XLM. This news saw Stellar’s price rising by 20%.

Singapore-based Qtum – pronounced ‘quantum’ – intends to improve the reach and operability of smart contracts, primarily in the business sphere. It aims to allow businesses to rapidly, securely and easily transfer funds and complete transactions directly with each other, with no third-party intervention. Qtum plans to accomplish this by melding bitcoin's stable blockchain structure with Ethereum’s smart contract technology and using a verification process based on proof of stake.

While still early in its evolution, Qtum has ambitious plans to stimulate expansion via the formation of new partnerships and the launch of several ICO projects.

Filecoin’s 2017 ICO was the largest token sale in history, pulling in $257 million – all this without even having released an alpha version. It’s no wonder, then, that this is one of the most highly anticipated altcoin initiatives.

Filecoin is a decentralised blockchain ecosystem designed to securely and efficiently store information. It aims to eliminate the kinds of costly data breaches that currently occur frequently, such as the one suffered by Equifax in 2017.

Part of the reason why this altcoin has gained so much attention is down to the strength of its team and the pedigree of its backers. These include heavyweight Silicon Valley venture capital firms such as Naval Ravikant, Winklevoss Capital and Andreesenn Horowitz.

The goal of US-based Ethos is to universalise cryptocurrency usage. Its platform provides a range of blockchain-based features meant to simplify the storage, management and exchange of crypto assets. The company’s universal wallet, for example, promises to provide a safe digital space where users can keep any form of digital currency – which they can then transfer instantly to anywhere in the world, at any time.

Ethos is still in its developmental phases. It has already released a (limited) alpha version of its platform, with a beta on the way. However, there is still no official word on when a public version of Ethos will be available.

While the price of the company’s ETHOS coin rose significantly in early 2018, its value has since fallen back to earth, with investors possibly waiting to see whether the company can translate its promise into real-world success.

The demise of net neutrality in the US – in addition to persistent efforts in other jurisdictions to monetise, limit, censor or block internet access to all types of data – has convinced many of the need for a more democratic, accessible means to share data on the web.

Enter Substratum, an open-sourced, decentralised network that aims to apply the principles of independent information-creation and sharing – upon which blockchain technology is based – to internet hosting and content provision.

The Substratum platform requires no extra software and is able to work on existing browsers. It is designed to enable everyone with a computer to act as an autonomous content provider, supplying requested information through blockchain nodes and reaping rewards in the form of SUB tokens.

What lies ahead for altcoins

It still remains to be seen which companies will eventually emerge as the winners of the race to capitalise on blockchain’s potential – making this a sector to watch closely.

In the months or years to come, a few select altcoins could well become the next Apple, Facebook or Google.