UK Chancellor Phillip Hammond said that Britain’s economy could get a boost from Brexit if a deal is secured, with the finance minister promising to release funds held in reserve in the advent of a no-deal scenario. 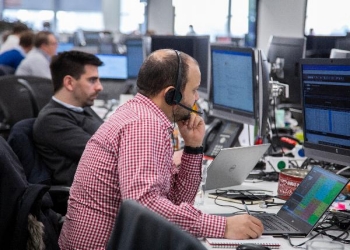 UK Chancellor Phillip Hammond announced that Britain could see a ‘double deal dividend’, if the government is able to secure an agreement with the EU, during his budget speech on Monday.

Hammond claimed that the UK economy could see ‘a boost from the end of uncertainty and a boost from releasing some of the fiscal headroom that [he is] holding in reserve’.

‘We are confident that we will secure a deal that delivers that dividend,” he said. “Confident, but not complacent.’

End to 'era of austerity'

In his last budget before Brexit, the finance minister said that ‘the era of austerity is finally coming to an end’, while two prominent thinktanks outlined the actual cost of making that promise a reality.

In a recent report, the Institute for Fiscal Studies argued that it would cost the government around £19 billion in additional public spending by 2022/23 and ‘still leave in place $7 billion of further cuts to social security’.

But the cost of ending austerity could be even higher, according to Resolution Foundation, which contends that it would cost as much as £31 billion in 2022/23 to bring an end to the controversial fiscal policy.

‘With so much uncertainty around, and an ongoing determination to lower debt relative to GDP, [Hammond] will want to follow a more modest borrowing path,’ the thinktank’s report said. ‘To square the circle, he will almost certainly need to raise some tax revenues – even if not at this budget.’

The government announced a new digital service tax that takes aim at big tech and leaves smaller start-ups out of its sights.

The new tax, which applies to tech companies generating more than $500 million in revenues, will raise around £400 million a year and will come into effect in April 2020

The government also announced a £695 million initiative that is designed to support small businesses in hiring apprentices in an effort to reduce unemployment in the UK.

The chancellor outlined a further £500 million for the Housing Infrastructure fund that will help to unlock an additional 650,000 homes and pledged to an increase in mental health funding for the NHS by more than £2 billion a year by 2023/24.

‘There are many pressing demands on additional NHS funding but few more pressing that the needs of those suffering from mental illness,’ he said.