While traders will be dealing with the wash-up of the French elections, another key date for the diary is 25 May and the 172nd OPEC (Organisation of the Petroleum Exporting Countries) meeting in Vienna. 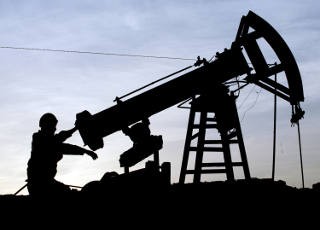 The key question being asked of the meeting is whether there will be renewed agreement between the 24 nations to roll over the 1.2 million barrels a day in output cuts that were previously agreed on 30 November. This meeting is really going to be a key focal point as much can go wrong, and the ramifications for financial markets are significant. One could even go as far as saying that if OPEC and the 11 other nations (involved in the November agreement) get this wrong, then oil prices will get sold aggressively and this, in turn, could cause significant selling in the USD, buying in US Treasuries and a general pick-up in financial market volatility.

A fall in oil will impact inflation expectations and this could mean market participants lower their pricing and the expected probability the Federal Reserve hike the Fed funds rate in June from 46%. The European Central Bank (ECB) may lower its inflation forecasts from 1.7% for 2017 and 1.6% for 2018 in future meetings, given they target headline inflation and changes in economic forecasts could have big implications for future ECB monetary policy as well.

It is worth highlighting a ‘technical committee’ meet this Saturday in Kuwait, where we should gain further colour on the level of adherence to the output cuts. There is currently a heightened focus on Russia and Iraq. Any commentary, not just about their current output program, but most importantly the appetite to keep to extend the agreement by another six months could cause US crude and Brent futures to gap on the futures open on Monday.

There has already been much talk about the Saudis doing much of the heavy lifting and the Saudi oil minister Khalid Al-Falih has been under pressure at home as a result, especially as the Saudis detailed an over-compliance in January. On the other hand, Iraq, recently announced plans to raise output to 5 million barrels a day by year-end, which has angered the Saudis given the output cap was set at 4.35 million barrels a day. Iraq also threw a spanner in the works by suggesting their interpretation of the 30 November agreement was that curbs should be measured by exports, not actual production.

It is no way a surprise then that we have seen headlines showing Saudi Arabia may demand that Iran cut output and exempt those members who are nearing full production as a key condition for extending the cuts. The bottom line though is that there are tensions within the cartel and the market is trying to figure out just how united OPEC are as a group. It seems there are cracks appearing, but the cartel would clearly know the ramifications of not rolling over the cuts given the record level of inventory in the US, amid a 93% increase in the US oil rig count since May 2016.

Interestingly, and on the point of inventory levels, one view the Saudis have floated is a focus on keeping the OPEC agreement in place until inventories reach their five-year average range. This has led oil analysts (such as Goldman Sachs) to view OPEC’s role as an inventory manager, as opposed to a price setter, which of course is a key feature of any cartel. It also suggests certain OPEC nations do have a strong appetite to extend the cuts and keep price supported.

We also know that despite a 30% reduction in the net long position from money managers since late February, the market still has a very bullish set-up, with 289,000 contracts held net long contracts on WTI NYMEX futures. If the cuts are not extended, we could easily see that position head much lower with price naturally following. Positioning is always a consideration when trading.

My personal belief is oil looks like a good tactical buy at current levels, but as we head into April there will be much focus on the relationship between OPEC and Russia. From here traders will assess the probability of rolling over the cuts. The simplistic view is if a growing belief forms that cuts are coming, we could see oil push back above $50, while a failure could push it towards $40. It’s an almost binary scenario, but the ramifications will have far-reaching consequences for other markets.