US bank stocks have faltered since January, but the overall backdrop remains positive.

The overall outlook for US banks still seems sunny.

The passage of tax cuts, further economic growth, reductions in regulation and higher interest rates all promise further improvement in earnings for the sector.

Several key elements should continue to make themselves felt:

1. Ongoing interest rate increases – Jerome Powell has stayed on the course of interest rate rises begun by Janet Yellen. Hints that press conferences may be included at each meeting would allow the Federal Reserve (Fed) more leeway on when to raise rates, moving away from the current structure, when only four meetings a year have press conferences and are therefore regarded as ‘live’

3. Increased automation – banks continue to spend more on technology and improve automation of systems, while also reducing the number of branches. This should help boost margins over time

The SPDR Financial Sector ETF (XLF) provides a good overview of the health of the big US banks. The price has fallen steadily since the post-2007 high. The post-February 2016 uptrend remains to be tested, but the price is currently testing the 2646 area. Further support is possible at 2586 and then 2529, with the latter also close to trendline support. 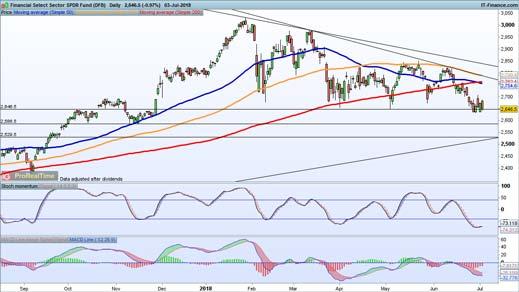 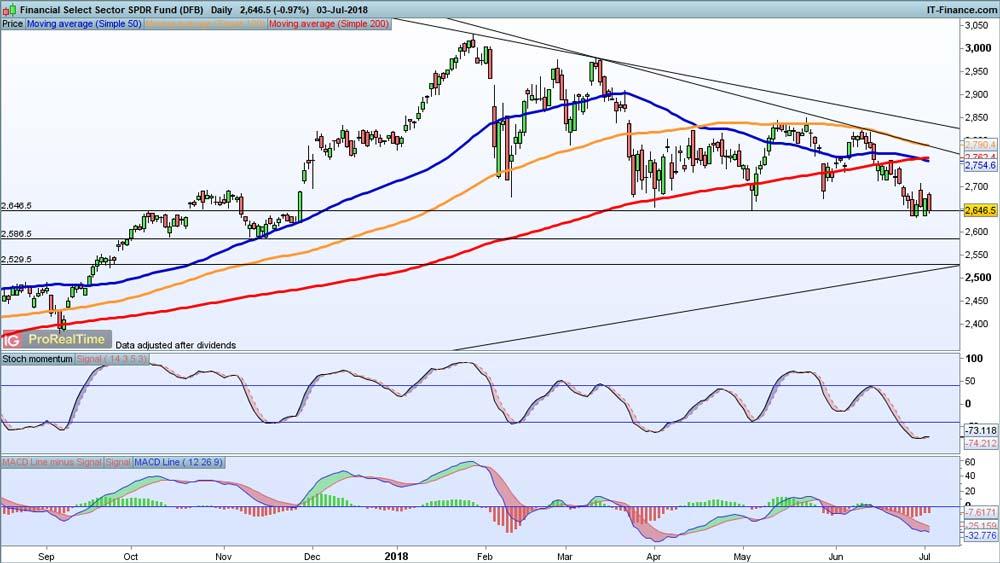