Oil prices continue to fall amid US sanctions on Iranian crude 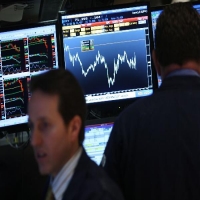 Oil prices saw declines of more than 1% on Monday as US officials report potential sanction waivers to the nations which show efforts to reduce their imports of Iranian oil.

International Brent oil futures fell upon the news, at $83.53 per barrel, down 63cents from their last close.

A US government official said on Friday, Washington was considering granting exemptions to countries that show progress to reduce their Iranian oil imports.

The Us oil drilling rig count has fallen consecutively for three weeks, after drillers cut two oil rigs in early October, bringing the total down to 861, according to energy services firm Baker Hughes.

Analysts say this might not be the end of the fall in oil prices, with predicttions Brent oil may slide further.

This comes after President Trump announced the US will sanction Iran’s crude oil exports as early as November 4th, putting pressure on governments and companies to cut their Iranian oil imports to zero.

Last week, industry sources said India will continue to buy Iranian oil despite the sanctions, according to a Reuters report.