Australian competition and consumer commission (ACCC) has raised concerns about the proposed merger between TPG telecom and Vodafone Hutchison Australia and its effect on telco markets. 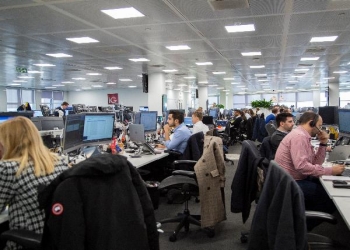 The proposed joint venture between the two telco giants was announced in August this year, in a bid to take on bigger rivals Telstra Corp Ltd. and Optus.

“We therefore have preliminary concerns that removing TPG as a new independent competitor with its own network, in what is a concentrated market for mobile services, would be likely to result in a substantial lessening of competition.

The competition Commission expressed concerns that the merged TPG-Vodafone would not have the motivation to operate in the same way, and as a result, there would be less competition in the market.

“A mobile market with three major players rather than four is likely to lead to higher prices and less innovative plans for mobile customers,” Mr Sims said.

The ACCC will said in a statement it will also consider the longer-term impact of the proposed merger, and consider factors of NBN and the roll out of 5G technology.

“The ACCC is continuing to consider whether operators will need to offer both mobile and fixed broadband services in the longer-term to remain competitive, meaning that TPG and Vodafone will necessarily be closer competitors in the future,” Mr Sims said.

On Thursday, Telco stocks dragged amid the ACC’s concerns.

Telstra Corp Ltd. shares have fallen 0.63% on Thursday, while Telstra shares dropped 1.52% at the time of writing.