UK Prime Minister threw a spanner in the works as she pulled the planned Brexit vote which was originally slated to take place in Parliament on Tuesday. 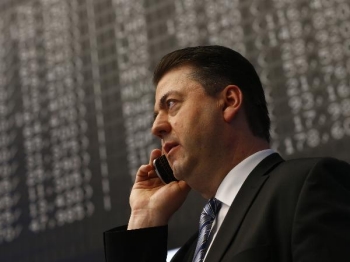 A mixed reaction from Asian markets was probably the only way to go for trading on Tuesday morning, as the market woke up to the United Kingdom’s (UK) Brexit plan going into turmoil after its Prime Minister Theresa May pulled parliamentary vote on the deal and a volatile yet positive end was seen from a United States (US) stock market fraught by the ongoing trade war between the US and China.

Technology stocks met with strong trading, with Facebook rising 3.22% after boosting its share buyback plan by US$9 billion. Amazon shares rose 0.73%, while Microsoft and Netflix gained 2.64% and 1.72%, respectively.

“Early movers in the Asia region had commenced with a brisker tone following the US lead,” said IG Market Strategist Pan Jingyi, adding that the “awareness (from traders) that the macro picture remain unchanged seems to have tamed some of the delight.”

The ongoing trade tensions between the US and China continues to add volatility to the market as traders remain uncertain. This is as an enraged China demands for the release of detained Huawei chief financial officer Meng Wanzhou.

Britain’s Prime Minister Mrs May on Monday announced she would delay the vote in Parliament on her Brexit bill, on the understanding that she was not anywhere near the required votes to get it passed by lawmakers.

Shortly after Mrs May announced she will pull the Brexit vote in Parliament, the pound fell 0.50% against the dollar to US$1.266 - hitting an 18-month low. The Sterling subsequently tumbled to its weakest level in 20 months, at US$1.251.

Investors dodged European shares on Monday and the pan-European Stoxx 600 ended the session down 1.87% at a new two-year low while Britain's FTSE 100 closed lower by 0.83%.

IG Market Analyst Kyle Rodda commented: “The big story overnight must be Brexit. This week ought to be about the state of Europe, and at its outset, it has been. If the potential consequences weren't so dire, the situation would appear comical.”