Oil prices surge amid US sanctions on Iran's petroleum 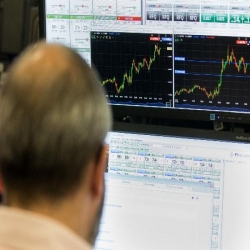 US commercial crude oil inventories have hit the lowest since 2015, ahead of sanction plans against Iran’s petroleum exports, taking effect as early as November.

Brent crude futures rose to $79.74 per barrel on Monday, jumping 94 cents. US West Texas Intermediate (WTI) crude futures also rose by 74 cents, at $71.52 a barrel. This comes ahead of sanction plans to be implemented against Iran’s petroleum exports in November.

Analysts are concerned the sanctions could result in a drop of crude exports. There are also concerns that the sanctions on Iranian exports could put pressure on surrounding countries. India’s government is already planning to ask state oil firms to lock in their crude futures purchase price, anticipating spikes.

Members of The Organization of the Petroleum Exporting Countries (OPEC) met with other oil producers on Sunday, announcing there would be no immediate rise in crude output.

The OPEC is considering rising output by 500,000 bpd to counteract the fall in supply from Iran. Although, no final decision has been made.

This comes despite, US President Trump’s tweets last week, calling on OPEC to lower prices.

OPEC’s mid-term report shows that non-OPEC supply from countries led by the US would rise by 2.4 million bpd in 2019.