We look at the pivot point indicator, and how it can be used in trading. 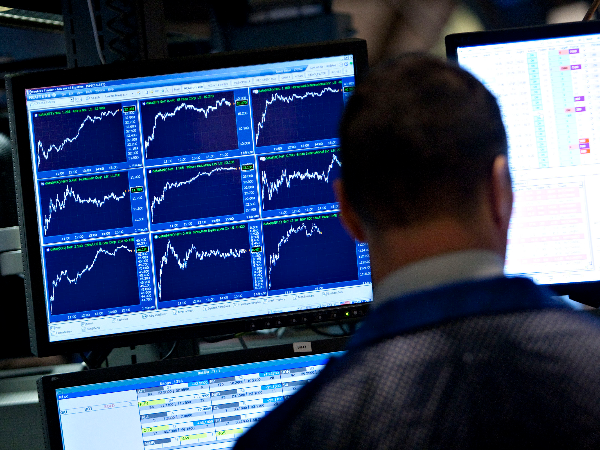 What are pivot points?

Pivot points can help determine the direction of movement for a market within the context of a broader trend. Essentially, they are another form of support and resistance, with traders attempting to identify where prices may find support after falling, or run into resistance after rising.

How are pivot points calculated?

The usual system used is the five-point system. This uses the previous high, low and close, and then also employs two extra support levels and two additional resistance levels to provide five pivot points. This is calculated in the following way:

Like all other indicators, there are other ways of calculating pivot points, but the above is the standard method. Pivot Points can be added on to a chart in the IG platform by selecting the indicator drop down menu and choosing ‘pivot points’ or by right-clicking to select them. Instead of using daily pivot points, a trader can also use weekly data, useful for longer-term trading.

Pivot points can be used to identify the overall trend, since a move through pivot points to the upside indicates an uptrend. Meanwhile the opposite, where a price continues to fall below pivot points during a session, is indicative of a downtrend. It is not a foolproof system, but like the use of basic support and resistance, the system tries to use previous important levels to derive others that may be worth watching. Some sessions will see the price adhere to pivot points in an impressive way, while other days the price will simply disregard these levels.

Pivot points can be used with any type of chart, but it is most useful with candlestick charts. This allows you to see price action more effectively. An example can be seen below. In this hourly chart of AUD/USD, the price moved above the central pivot point, but then fell back below it and posted an hourly close below it. This could provide a possible short position, indicating that the price cannot hold support around the daily pivot. 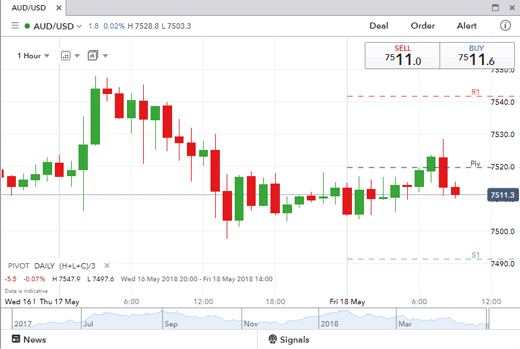 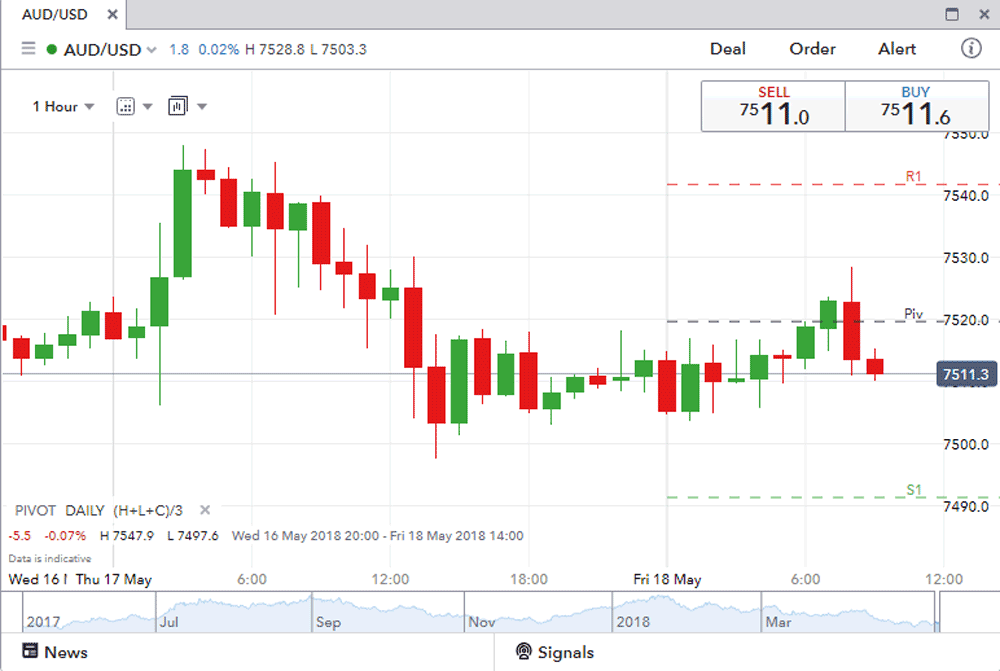 By contrast, in the following example, the price has bounced from near the daily pivot on this hourly USD/CAD chart, suggesting that buyers may push the price higher and see the R1 resistance point challenged: 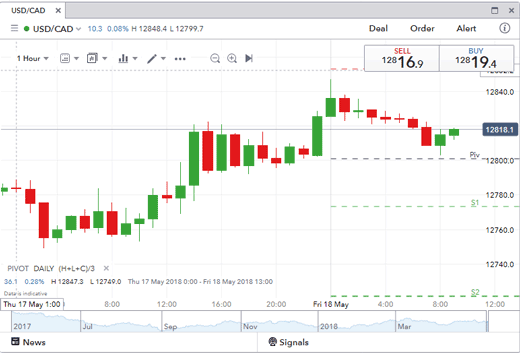 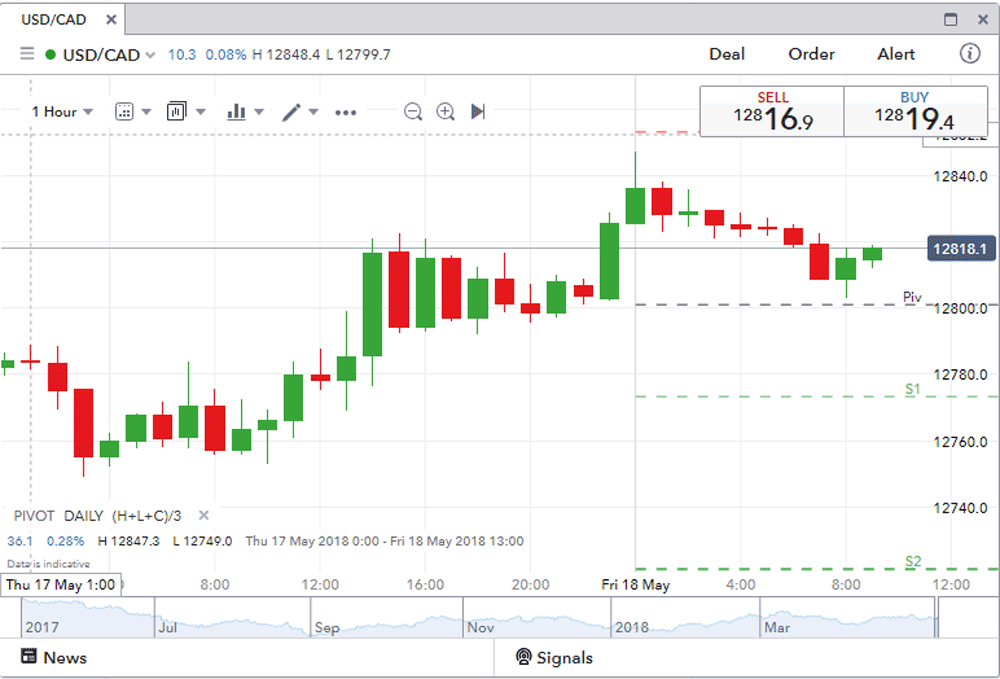 The use of the S1 and S2, and R1 and R2 pivot points, can help a trader to gauge entries more effectively. Instead of chasing a rally or pursuing a falling market, a dip to the support level at S1 and then a rally to R1 provides a more effective way of trading than trying to buy when the price has hit R1. As ever in trading, it makes sense to find the trend and go with it, so in a broader uptrend a trader will wait for pullbacks to S1 or S2, and in downtrends they will aim to sell at retracements towards R1 or R2. An example of an uptrend is seen below, in the FTSE 100 chart. In this example we have ticked the ‘show historical pivot points’ box in the platform, to see how the price has behaved in previous sessions.

As can be seen, the price retraces to the daily pivot or to S1 several times, at which point a reversal takes place as buyers enter:

While this chart is quite busy, it does show how pivot points can be employed. In trading, it is important to add to your winning trades, and cut your losing ones. In the above example, a trader could buy more of the FTSE 100 as it rises, adding to their winning trade and increasing profit.

Pivot points are another useful tool in a trader’s armoury. They are not a foolproof strategy, but provide a way of using the price to identify entries in a fashion that can help provide a systematic approach to trading.