How will blockchain change banking?

Blockchain technology offers a means to store and transfer data with a whole new level of security and transparency. A number of industries are currently exploring ways to harness blockchain networks to enhance sector-wide communications and transactions. Banking in particular could use this technology to completely transform several core business practices. 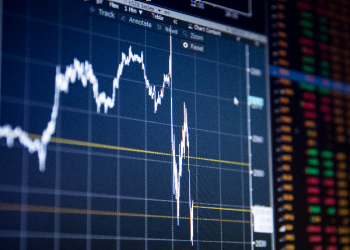 What is blockchain technology in banking?

Blockchain is a digital transaction ledger. Decentralised networks of individual computers can contribute information to the ledger, after solving a mathematical problem as proof of their authenticity. The data is then stored as blocks, in an ongoing and immutable public chain.

Blockchain technology has the potential to revolutionise the banking industry, by providing a more efficient way for banks to perform fundamental functions. Two key benefits are central to this:

The potential usages of this technology are still being explored, but the industry has already identified several areas that could benefit – including storing, transferring and lending funds.

Facilitating payments is one of the primary tasks that banks perform. Yet many payments take far longer to be completed than they should – on average two to four days, and even a week or more in some cases. This is largely due to the inefficiencies of a complex system that is meant to link financial institutions of all sizes and varieties across the globe – from the largest international financial institutions to the smallest community banks.

At present, banks mainly rely on Swift, an industry-owned messaging network, to help arrange the cross-border, bank-to-bank contacts necessary to complete payments. However, since Swift merely sets up introductions between institutions, banks are frequently left to handle all other aspects of the ensuing communication process. This often entails more third-party involvement, which only tacks on further fees and time to each transfer.

Blockchain-based alternatives to the current, outdated system are being created by several companies, led by San Francisco-based cryptocurrency payment solution firm, Ripple – which has emerged as a fierce competitor to Swift.

Payment systems based on blockchain would allow banks to communicate and make payments directly via shared databases, preserving all relevant payment data in an easily accessible format. Not only would this cut out intermediaries – along with the attendant red tape and costs – it would also create a proven track record of trusted transfer partners.

Despite most banks’ capability to instantly wire funds, asset transfers between financial institutions often take days rather than hours. This is because of the time-consuming process known as ‘clearing and settlement’. Clearing involves verifying the details of options, futures and securities transactions, as well as direct transfers between banks. This usually consists of a series of messages, instructions and manual reconciliations that check the availability of funds, create a record of the transaction and complete the delivery of the asset.

Clearing procedures are handled almost exclusively by intermediaries – many in different countries – so an already-complex process is slowed even further by communication difficulties, time-zone differences and incompatible systems or methods. Additionally, as clearing agents charge commission, this process tends to get expensive.

A blockchain-banking solution could enable banks to streamline the process considerably. By managing clearing and settlement activities via blockchain database networks, banks would be able to cut down on bureaucracy and third-party fees. This could mean quicker transaction times and a transparent, easy-to-check digital ‘paper trail’.

The banking industry is already investigating ways to take advantage of blockchain solutions in this area – not surprising, since it is estimated that switching to a blockchain-based approach to clearing and settlement could save the sector $20 billion.1

Identity verification is crucial for the banking industry, especially in light of recent and stringent know-your-client (KYC) and anti-money-laundering (AML) legislation. At the moment, identity checking procedures are non-standardised and fallible – not to mention extremely labour-intensive and costly.

However, blockchain could introduce a new level of transparency and confidence to the banking compliance process. By placing identity information on sharable blockchain databases, banks would be able to access records that are transparent and set in a verifiable timeline. With as much client information as possible in a shared domain, the need for independent procedures would be reduced – along with inefficiency, timewasting and costs.

Syndicated loans – in which a group of banks join together to provide funds to a borrower (often a corporation) – require the interaction and exchange of documents between several independent parties. Surprisingly, in this digital age, much of the communication around syndicated loans still takes place via fax. This makes an already intricate process even more painstaking, and is the reason why it takes an average of 19 days for US companies to receive approved loan funds.

By providing a way for all participating lenders to add to and access a chronological, digital record of loan-related communications and details, blockchain technology could substantially improve the efficiency of syndicated loan transactions. In fact, a consortium of 19 financial institutions, including Credit Suisse, is already working on creating a way to handle syndicated loans via a blockchain-banking system.

Banks play a vital role in trade financing. They help businesses around the world to stay solvent as they await payment for goods that they have supplied, or avoid undue risk as they wait for delivery of items that they have purchased. Because of its global nature, trade finance is still mostly paper-based, with letters of credit and bills of sale having to be sent by post, courier or fax between offices around the world. In an era accustomed to digital communication, this system is antiquated, time-consuming and inefficient.

While many in the sector believe that blockchain-banking solutions could help to modernise some aspects of trade finance, any actual implementation of such a system appears to be years, if not decades, away. This is because each of the vast number of parties involved in trade finance – from custom houses and shippers to ports and merchants – would have to buy in and agree to transition away from conducting business on paper. Until that shift happens, there would be little practical benefit to placing trade financing documents on a blockchain-banking network.

Intrigued by the possibilities it offers to increase efficiency, save money and streamline processes, banks such as JPMorgan, UBS, HSBC and Santander are investing significant resources in the research and development of new blockchain-based banking solutions.

R3 and Enterprise Ethereum Alliance (EEA) are two consortiums formed by major players within the banking, corporate and tech sectors to explore various use cases for blockchain in banking.
R3 has already raised $107 million and is focused on the development of its Corda platform. This blockchain-based operating system is meant to eventually serve the clearing and contractual needs of the entire financial services industry.

The aim of the EEA is to encourage and support the industrywide development and implementation of the software behind Ethereum – a blockchain-based computing network fuelled by the cryptocurrency ether. One goal of the EEA would be to create a sector-wide blockchain-banking network on which financial institutions and their clients can directly create records and carry out transactions, without the need for third-party intervention.

Learn more: what are cryptocurrencies?

Initiatives like these demonstrate that there is a great deal of interest in exploring and taking advantage of the possible applications of blockchain technology in banking, as well as in a whole host of other industries. It is early days yet in the evolution of blockchain, so it remains to be seen whether any of these proposed solutions will manage to attract widespread use. But, based on the evidence so far, blockchain technology certainly has the potential to revolutionise the banking industry.