The bull market is in its most exciting phase, and it is not a time to be out of the market, according to Tom Stevenson, investment director at Fidelity International.

The current equity bull market is in its ninth year, and in the last and most exciting phase of the upward stage of the cycle. It's 'not a time to be out of the market’, according to Tom Stevenson, investment director at Fidelity International. Indeed, this phase can give the best returns, he says.

Expectations of President Donald Trump’s tax reforms buoyed the market in 2017 and continue to do so this year. But therein lies a risk, Stevenson adds, in that they could stoke the US economy too much.

In December, the US president signed legislation containing $1.5 trillion of tax cuts.

Although the current bull market is the second longest, and second biggest in recent history, in Stevenson’s opinion it still has further to run. He does not expect it to end with recession. ‘Bull markets don’t really die of old age, they tend to be murdered by central banks’. 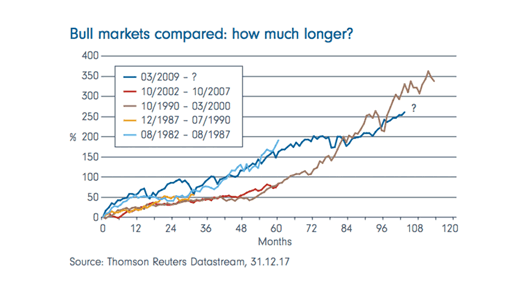 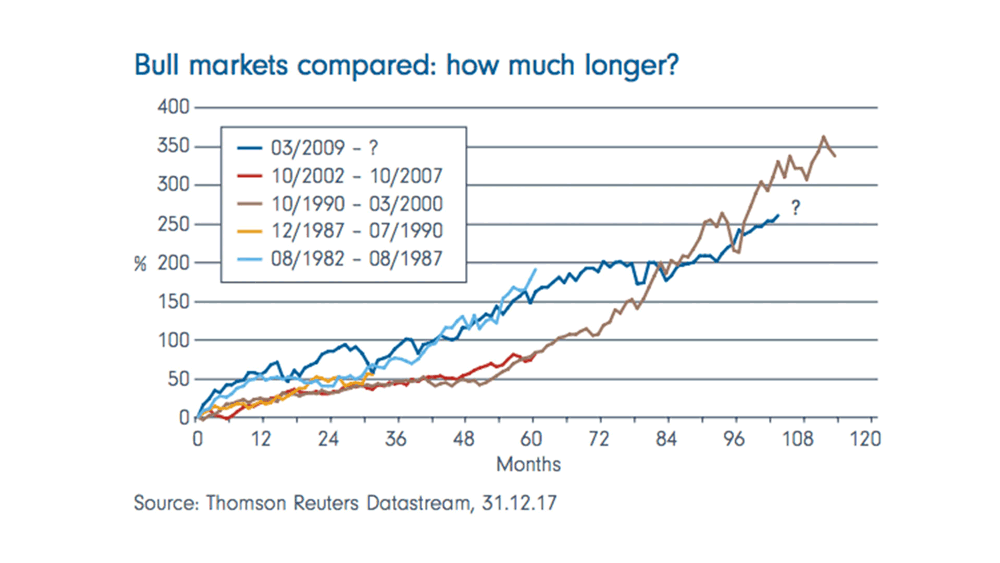 The risk he sees is that Trump’s tax reforms will overheat a US economy that is picking up, amid a strengthening global economy. And this might lead to a return of inflation, as well as the US Federal Reserve (Fed) raising interest rates faster and further than expected.

The latest figures from the International Monetary Fund show global growth running at 3.7%. Two to three quarter-point rate rises are expected in the US this year.

Company earnings in the US are rising but this is needed, Fidelity’s investment director said, as price-to-earnings ratios (P/E) are climbing towards the heady levels of the Dotcom bubble. 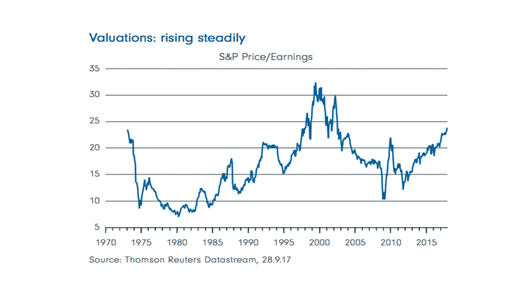 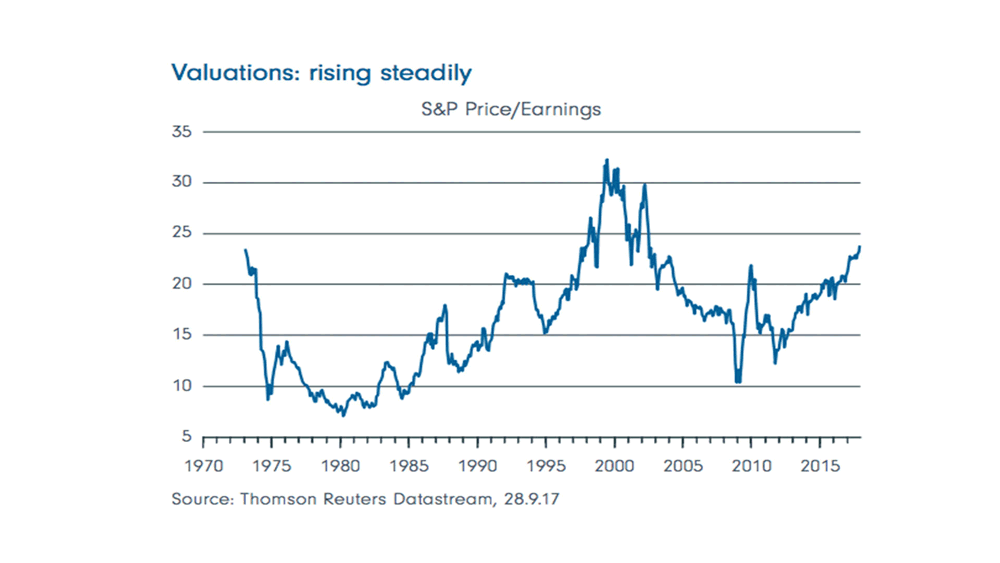